Aruba is 20 miles long and six miles wide and is only 15 miles from the Venezuelan coast.

After a day or two at the resort you'll be ready to explore Aruba. Whether you decide to go beach hopping, visit the island capital Oranjestad, spend a morning at Arikok National Park or take a guided tour around the island, you'll discover its Dutch Caribbean heritage and rugged natural beauty. The staff at the De Palm tour desk in the lobby will help you plan a fun sightseeing itinerary and be sure to ask your Concierge for some local recommendations. 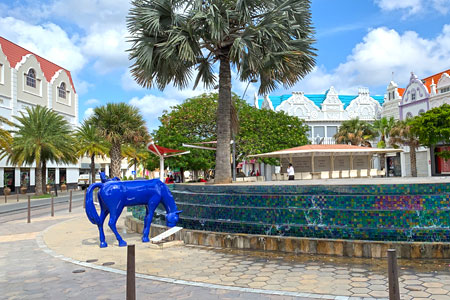 Located in Fort Zoutman, the History Museum has informative displays on the island's past and local traditions. The Archaeological Museum on Zoutmanstraat is an introduction to the ancient inhabitants of Aruba and their legacy. Artifacts on display include pottery, art, stone tools and burial urns recovered at archeological sites throughout the island. Visit the Kunsthuis art gallery, café and cultural center where the entertainment program includes concerts, theater, movies and exhibitions.

Nestled on the shores of Paardenbaai (bay of the horses), island capital Oranjestad sprang up at the end of the 18th century.

The island's oldest monument is Fort Zoutman, built to guard the young town in 1796. The Willem III Tower was added in 1868 to function as a lighthouse, it was named after the Dutch ruler of that time. Many of the city's founders were merchants from Curaçao and they continued the tradition of commerce in their new home. Today Oranjestad is a peaceful and picturesque town, its streets lined with Dutch colonial gabled houses and modern buildings such as shops, malls, banks and offices that echo the architectural style of yesteryear.

Spend your time in Oranjestad browsing through the many stores, malls and markets, dining or visiting several small museums and galleries. Cava G.F. Croes, Havenstraat, Zoutmanstraat, Wilheminastraat and the waterfront boulevard are the principal streets. The port hums with activity when cruise ships dock and an impromptu floating market springs up at the wharf every morning when island fishermen and farmers gather to sell their wares. 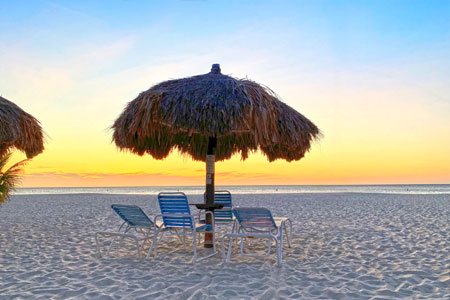 Located on the northwestern tip of the island, Arashi Beach and Boca Catalina are sheltered, making them popular snorkeling and swimming spots. Palm Beach is the island's most famous and busiest beach and the location for many of its most popular waterfront restaurants and bars.

Traveling south from Eagle Beach, Manchebo, Punta Brabo and Druif are all picturesque spots. Mangel Haito is a secluded cove that is ideal for swimming and snorkeling. The coral reef is so close to the coast that shore diving is possible.

The shallow and sheltered bays of Rogers and Baby beach are popular with visitors and locals alike and boast shade huts and food stands. On the windward shore, the surf is stronger and the coastline opens up to offer dramatic vistas of wide beaches such as Boca Grandi and Wariruri. There are also extensive dunes, rock platforms and natural limestone arches, basins and sea caves created over the centuries by wind and waves.

For a family day out, ask about trips to De Palm Island for hours of fun at the Blue Parrot Water Park, snorkeling and more. 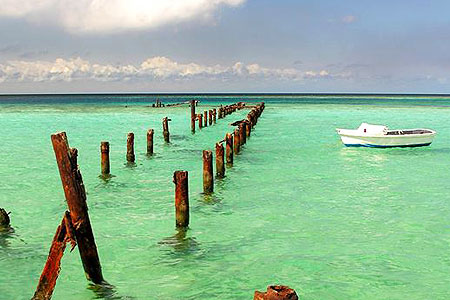 Legend has it that the Spanish Lagoon was once a hideaway for pirates, whether this is true or not, the quiet waterway and the surrounding mangroves are a haven for wildlife, including herons, osprey, owls and parrots. The lagoon is located between Pos Chiquito Bay and the ruins of the Balashi Gold Mine. Follow the nature trail from the lagoon through the wetlands to Balashi and the Cunucu di Aloe plantation. 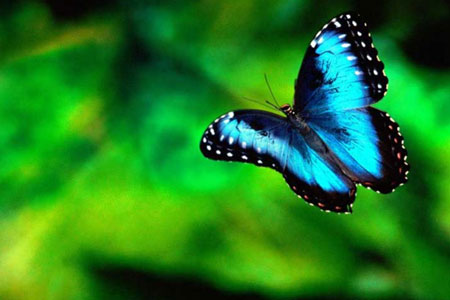 See some of the world's most beautiful and colorful insects at the Butterfly Farm. On the guided tour through the tropical gardens you'll learn about their life cycle and their importance as environmental indicators. They are extremely sensitive to climate change, pollution and deforestation and a large butterfly population with diverse species denotes a healthy ecosystem. Open daily: 9 a.m. – 4:30 p.m. at Palm Beach 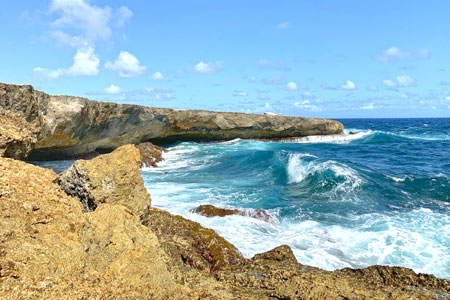 Protecting one third of the island's surface, Arikok National Park is a patchwork of rolling hills covered in cacti and bent divi trees, strange rock formations (lava, quartz diorite and limestone), caves and a stretch of coastline with beaches, dunes and rock platforms.

The arid landscape is home to a surprising variety of birds including the endemic shoko or Aruba burrowing owl and prikichi or parakeet, orioles and hummingbirds, snakes, lizards, iguanas, wild donkeys and goats.

Despite its inhospitable appearance, Arikok has been inhabited for thousands of years. Rock paintings in Fontein Cave and on huge boulders and the vestiges of ancient villages are testimony to the earliest Amerindian inhabitants. The park is also dotted with stone dwellings or cunucu which date from the Colonial period and housed the poorest settlers and their estate workers. 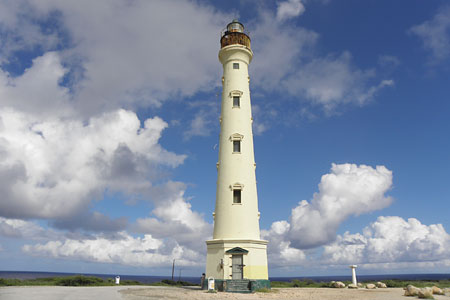 Located near the island's northwestern tip, the 270-foot-high lighthouse is the perfect spot for sunset watching and panoramic views of the shoreline. 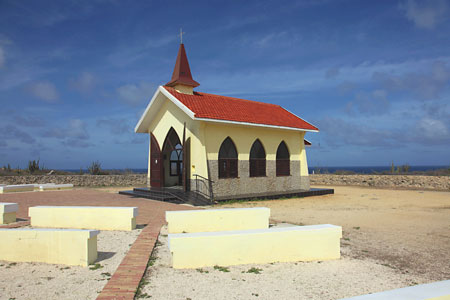 Overlooking the sea, this isolated chapel was built in the early 18th century by a Spanish missionary. 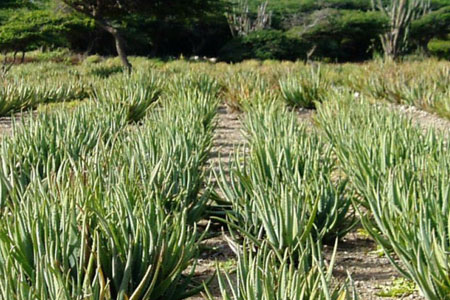 Introduced to Aruba in 1840 from Africa, the aloe vera plant prospered in the arid conditions and by 1890 it was being grown for the export market. At one point aloe plantations covered two thirds of the island's surface and Aruba became the world's biggest exporter of this miracle plant, prized for its healing properties. A plant even appears on the national coat of arms.

Other sites of interest on the island include San Nicolas, the second largest town which grew up around the oil refinery and attracted workers from many of the British Caribbean islands. They kept their own customs, including calypso, carnival, steel bands and cuisine and the community has a unique ambiance.

Visitors can go into the bush to explore the ruins of the 19th century gold smelters at Bushiribana and Balashi or the rock formations at Casibari and Ayo.

The Donkey Sanctuary in Santa Lucia was founded in 1997 to provide a home for stray animals and for a glimpse of Africa you can also call in at the Ostrich Farm.

Explore on your Own

Rent a car and explore the island at your own pace. The Car Rental desk is located in the lobby, ext. 645. 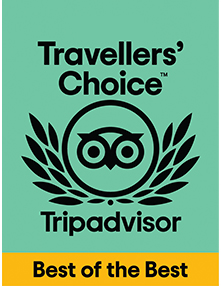